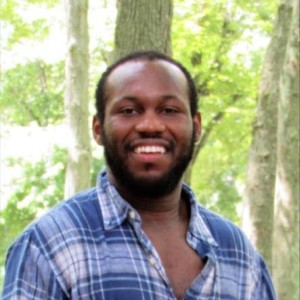 The brinks security bar is a door-jamming device that is consistently rated as one of the best out there, in our testing we found it performed better than other similar models. The security bar is made of steel and installs in seconds.

Brink’s is an American private security company. Brink’s home security is a division of Brink’s that specializes in smart home security and physical security.

The wide range of services offered by Brink’s implies that Brink’s understands security from every possible perspective. And the Brink’s security bar is proof of this.

The Brink’s Door Security Bar is made with a steel alloy, making it durable and unbreakable. The length can vary, and the bar can be shrunk to almost half its full size. Yet, it’s impossible to contract the length forcefully. We go into the exact features of the product in more detail in the following section.

Features and Benefits of the Brinks Door Security Bar

The feature that impressed us the most was the high friction offered by the rubber bottom. For hinged doors, security bars work using friction. When someone attempts to open the door, the friction between the bottom of the bar and the ground opposes the force applied by the intruder, keeping the door closed.

There is no material that offers the highest amount of friction against all materials, but rubber comes close. But, rubber comes in many forms, and different impurities are added in rubber to control different characteristics such as hardness and plasticity. Brink’s has experimented with different variations of rubber in terms of the amount of friction different kinds of rubber offers with common floor materials, and the rubber used to make the shoe of the Brink’s Door Security Bar is the highest friction-offering material they could find.

This means that the Brink’s Security Bar can resist a large amount of force before it slides. For most floors, the force required is so large that it’s not humanly possible to apply.

However, rubber does not offer much friction against tile or marble. If your floor is made of tiles, see if you can force the door open when the bar is in place. If the door can be opened, it means that the friction isn’t enough to oppose your applied force. You can increase friction by glueing a patch of carpet or flooring to the floor. Alternatively, you could roughen up the small patch of the floor where the shoe of the bar sits using superglue. This method worked really well for me, and I’m certain this has even more friction on wooden floors.

When a security bar is in place, and someone attempts to open the door, some of the force gets transferred into downwards force. This downwards force further increases friction and makes the door even harder to open. This can result in about 350 pounds of opposing force, making the door impossible to force open.

This phenomenon is mind-boggling; the force they apply to open the door increases the force of friction between the ground and the bar and makes the door even harder to open. It’s a feedback loop that makes the door impossible to open.

But, this only happens at a particular angle, a sweet spot. If the angle is too small (nearly perpendicular), the bar will not be able to fight the intruder’s force in the right direction. If the angle is too high, only a small portion of the intruder’s force will be used to force the bar downwards, and there won’t be much of an increase in friction. The perfect angle depends on the floor material, but it lies somewhere between 20 to 30 degrees from the vertical. (2)

But, you don’t have to buy a protractor, just place the bottom of the bar 15 to 20 inches away from the door, and you’ll be good. You can find the sweet spot by testing different angles by trying to force the door open from the outside.

What’s special about the Brink’s security bar is that it has height adjusting holes at every half inch. This means you can place the bar at an angle as close to that sweet spot as possible by fine-tuning the height and testing tiny adjustments in the angle.

The Brink’s security bar has a 360 rotatable foot that that ensures that the bar fits perfectly on the floor at any angle.

The Brink’s Security Bar has a full length of 44.5 inches, but it can be shrunk to 27 inches. The design is quite compact, and the bar can be easily carried anywhere.

The Brink’s security bar is made from a steel alloy. This ensures that the bar cannot be broken or bent, no matter the amount of force. This also means that this bar is going to last you a long time. The bar also comes with a lifetime warranty from the manufacturer.

You may want to check other learning guides below on how to secure your windows and doors;