How to Hide a Small Gun Safe in a Nightstand

In this day and age, concealing a gun safe in a nightstand is important. Read on to know how you can effectively hide a small gun safe in your nightstand.

You may want to check first the best nightstand gun safe guide we’ve made as well as the best under bed gun safe in the market nowadays!

Hiding a Gun Safe in a Nightstand Hiding a gun safe in a nightstand has unnumbered benefits. But the primary of them all is quick access. Imagine this-you’re sleeping like a log on your comfy mattress. Suddenly, you hear the glass break downstairs. You begin to believe that your house may be under attack. But instead of panicking and waiting for the 911 operators to register your complaint, you could pull out your gun from the nightstand and be on your guard before the police arrive. It’s that simple!

Hiding and securing a gun in the nightstand also ensures that it remains hidden from the eyes of children or guests, all the while the gun remains hidden in an accessible place. Not to mention, nobody would be able to move the location of the gun safe from your bedside due to the permanent installation.

If you don’t want to make an effort to build a custom nightstand gun safe, then you’re advised to get a nightstand with a built-in gun safe. Such nightstands have been constructed with the intent of storing firearms. Therefore, it is already equipped with all the features that you might need to store your arms and ammunition.

This bedside table comes with a built-in, concealed gun safe. You can keep your gun inside and anything else that you deem valuable enough, such as precious stones, cash, or important paperwork.

From the outside, it will look like an innocent nightstand with nothing to offer but space on the top to place your things. But inside, it’s home to all your valued possessions. So, how does this nifty thing work?

An average home defense nightstand comes with a built-in mechanism. There is a massive space inside the table, which is obscured from the outside. The opening of the nightstand or the camouflaged gun safe is locked. The method of locking depends upon the manufacturers, but more often than not, it’s a four-digit code that you set up at the time of installation.

Anytime you want to access the items inside the gun safe, simply punch in the code, and the gun safe will open up. In times of need, you can roll on the side of the nightstand, punch in the code and access your safe, all of this without leaving your bed! This mechanism comes in handy when you silently want to reach your gun.

Installing a Gun Safe in a Nightstand:

Home defense nightstand, though unrivaled, can be expensive. If you’re not willing to spend that much money on a gun safe, you could simply install a store-bought gun safe. These gun safes come in various shapes, sizes, and at different prices. The best part about these safes is that you can install them however you want.

The major drawback? It won’t be as concealed as the home defense gun safe should be. Anybody entering your room could see that there is a box-like structure on or under your nightstand. Although, if you have taken sufficient measures to lock the safe, nobody except for you would be able to access its contents.

To install your gun safe in a nightstand, all you would need is a gun safe, a nightstand, and a few tools for installation. You could get the help of a professional carpenter to dig the anchor holes and affix the nightstand in your desired location. The small gun safe could go underneath the nightstand or wherever there is a cavity big enough to fit a small gun safe. If you want to be completely invisible, you could invest in some cover-up as well. (1)

However, ensure that even with the cover-up, you could still access the gun safe when you need it, right from your bed. Otherwise, it would negate the whole purpose of getting a nightstand gun safe in the first place.

Once the gun safe has been put in place, lock it carefully. While securing the gun safe in a home defense system is simple, as most of the work has already been done by the manufacturers, it is equally tricky with a nightstand. However, if you’ve purchased one of the state-of-the-art biometric systems, there won’t be a need for all the extra efforts to secure the safe. 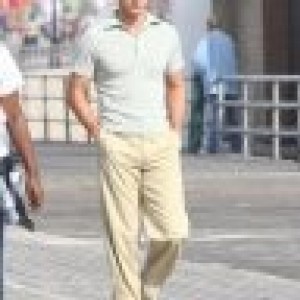